When people hear the number , 52, they think it is number before 53 and after 51. However, to The Ravens Nation, it means so much, let me explain for those who are not familiar and confused. The jersey number 52 belongs to the retired linebacker, Raymond Anthony Lewis Jr. or as most know him as, Ray Lewis. Ray Lewis has defined the role as linebacker, changed the game and has given the Ravens Defense, really the whole team, a name for itself. Typically, when people hear about The Baltimore Ravens, they can only think about the defense. I mean how can you not when a Super Bowl MVP, Ray Lewis, is on that roster, However, Ray Lewis is remembered more than just a amazing football player ,but who he was. Ray Lewis is a huge inspiration to a lot of players in football and not just in the professional league. Ray Lewis is famous for two things. The first would have to be his inspirational, emotional and electrifying pep talks anyone has and will give. The second would be his Squirrel Dance and how he would do it every game, when he came out of the tunnel at home games. Here is a video of Ray Lewis doing his last Squirrel Dance. Ray Lewis is a legend and will always be remembered as one. 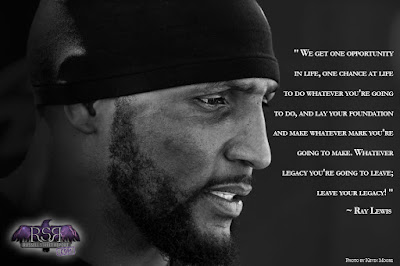 Posted by Unknown at 7:55 PM No comments:

I do not know where to begin on how awful The Baltimore Raven did this year. I remember watching and hearing, on SporsCenter, The Baltimore Ravens were a top contender to go to the Super Bowl, If you ask me, I blame the choices management is making. If you look at the Super Bowl 47 Roster, which we won, and compare it to this seasons, it looks different. Look at where all of  the key plays gone. For example, Steve Smith (49ers), Aquan Boldin (49ers) , Michael Oher (Dolphins), Haloti Ngata (Lions) and Jacoby Jones (Steelers). I feel like if ain't broke, don't fix it. Well, 2015 was not our year ,but I have a good feeling of next year. 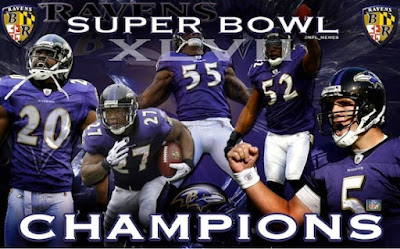 Posted by Unknown at 7:33 PM No comments:

My team for life

Hello my name is Darren Viveros and I am a student enrolled in Intro to Computers at Lone Star College - Cy Fair. Here is link to see where I study at.
LSC - Cy Fair Webite

I have chosen this topic because I have two main passions and I have already talked about cars. The Baltimore Ravens are my favorite team and have been since I, myself, started playing football when I was younger. I am from Houston and a lot of people would argue, that it is a requirement to go for The Houston Texans ,but I do not care. Ray Lewis, Ed Reed and Terrell Suggs all inspired me to pursue football and by constantly seeing them play, I knew this was going to be my team for life